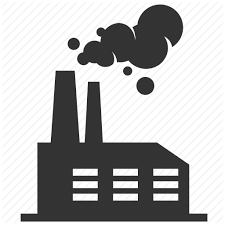 Industrial production increased 0.3 percent in December after rising 0.4 percent in November. For the fourth quarter as a whole, total industrial production moved up at an annual rate of 3.8 percent. In December, manufacturing output increased 1.1 percent, its largest gain since February 2018. The output of mines rose 1.5 percent, but the index for utilities fell 6.3 percent, as warmer-than-usual temperatures lowered the demand for heating. At 109.9 percent of its 2012 average, total industrial production was 4.0 percent higher in December than it was a year earlier. Capacity utilization for the industrial sector rose 0.1 percentage point in December to 78.7 percent, a rate that is 1.1 percentage points below its long-run (1972–2017) average.

The major market groups posted broad-based gains in December, though consumer energy products, business supplies, and energy materials all recorded decreases because of the drop in the output of utilities.

Manufacturing output advanced 1.1 percent in December and increased at an annual rate of 2.3 percent in the fourth quarter; the index rose 2.5 percent between the fourth quarter of 2017 and the fourth quarter of 2018. Within durable manufacturing, motor vehicles and parts posted a gain of 4.7 percent in December, and nonmetallic mineral products recorded an increase of nearly 3 percent; the indexes for several other durable goods industries advanced more than 1 percent. Among nondurables, the index for petroleum and coal products jumped 31/2 percent. Most other major categories of nondurables posted gains of less than 1 percent. The output of other manufacturing (publishing and logging) increased 0.2 percent.

Mining output rose 1.5 percent in December, with gains in oil and gas extraction, coal mining, and support activities for mining (mainly oil and gas well drilling); the index for mining was 13.4 percent above its level from a year earlier. The output of utilities fell 6.3 percent in December, with both electric and gas utilities posting sharp declines.

The Federal Reserve Board plans to issue its annual revision to the index of industrial production (IP) and the related measures of capacity utilization around the end of the first quarter of 2019. The Economic Census for 2017 will not be available from the U.S. Census Bureau by early 2019, so no new annual benchmark data will be included for manufacturing. Other annual data, including information on the mining of metallic and nonmetallic minerals (except fuels), will be incorporated. The updated IP indexes will include revisions to the monthly indicator (either product data or input data) and to seasonal factors for each industry. In addition, the estimation methods for some series may be changed. Any modifications to the methods for estimating the output of an industry will affect the index from 1972 to the present.

Capacity and capacity utilization will be revised to incorporate data through the fourth quarter of 2018 from the U.S. Census Bureau’s Quarterly Survey of Plant Capacity Utilization along with new data on capacity from the U.S. Geological Survey, the U.S. Department of Energy, and other organizations.