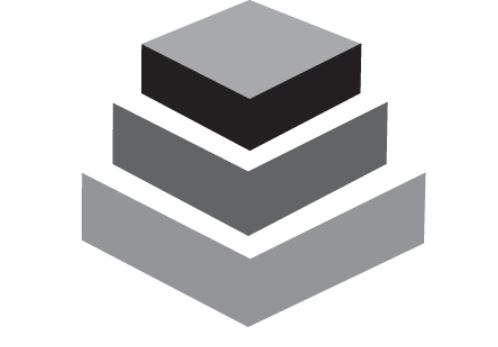 US domestic pricing was unchanged in the last month for unbleached kraft linerboard, white top linerboard, and semichemical corrugating medium, box makers and containerboard producers told PPI Pulp & Paper Week this week. Most open market tons domestically were priced in line with their levels last month, according to industry contacts.

“It’s all about the same,” said one box plant leader in the Northeast, adding that demand continued to “grow slowly.”

“There’s no slippage in price,” said a box plant operator in the Midwest. “Supply has been steady and paper doesn’t seem to be as tight.”

The main highlights this week were pricing weakness on the export market and a corrugated demand pickup in October.

The export price decline was $10/ton on US 42-lb kraft linerboard for Central and South America, mainly to Ecuador, Colombia, Peru, and Chile, and also a $15/tonne drop on US 175-g to China. US firms offered discounts to offset tariffs.

US containerboard mills operated at 98.8% of capacity in September, which caused big mills and exporters to push as much to export as possible, contacts said.

“They had their foot down on the gas pedal and they couldn’t take it off,” said one exporter.

A price decline also was expected by the end of the month for US kraft linerboard to Southern Europe. One industry contact noted that European buyers were pushing back for lower pricing, just as European recycled containerboard producers actively tried to sell oversupply into Mexico.

One industry contact with a Top-10 US producer expected export to drop $10/ton or $20/ton in certain regions by yearend. He said an export decline, if large enough, might spur a domestic price retreat, which has not happened in almost three years.

The domestic market “is not loose, but not as strong as it should be right now,” the contact added. “The concern is in another month or two if people continue to run at 99% … pricing is at risk.”

All told, corrugated demand was reported to be good to excellent in the last five weeks in the USA, with holiday season and e-commerce demand kicking into high gear, plant operators told P&PW. However, in the second week of September after Labor Day, some, especially in the Midwest, reported softness for about a week.

One Chicago plant manager shook his head with unease one afternoon in mid-September, wondering out loud if high linerboard prices were to blame for the demand sink, while his flexo folder gluer machine was quiet.

Three weeks later, a manager at a small regional plant in a Midwest city told of being sold out until yearend. Another, a large corrugator in Los Angeles, said his plant was so full of orders that it would need another corrugator to add a single piece of new business.

A Midwest box plant executive said the demand “surge” last year from August through December was so far reduced to “steady, busy, not crazy-busy” this year.

A California executive described the change this season as box buyers able to order today and receive boxes in three or four days rather than in three weeks.

“The confidence in the market is they believe they can get boxes quickly,” the contact said, adding that box and sheet plants had readily-available access to rolls.

Almost all industry contacts surveyed by P&PW this week claimed that price differentials remained at where they were last month. For example, 42-lb kraft linerboard was $20/ton less than 34-/35-lb high performance linerboard, 42-lb liner was $220/ton below 42-lb white top linerboard although some reported a lower differential, and 42-lb kraft liner was $85/ton more than 26-lb semichemical corrugating medium, although one industry contact put the difference at $75/ton in the Midwest.

“Certainly, there is more paper available now than six months ago,” one industry contact with a large containerboard producer said. “But I don’t think there’s any issue with demand.”

Vertical Research Partners analyst Chip Dillon was specific. During his Oct. 15 conference call on US containerboard capacity projects, he told of growing US exports, especially in September, and of China’s fiber shortage that will require more containerboard imports. He said there also will be no first-quarter startups of new US capacity. And he expected solid e-commerce packaging demand, noting that Amazon doubled its US fulfillment center square footage.

The push to export more showed up in the September statistics. US linerboard export production was at its highest level in at least 12 months at 460,700 tons, according to American Forest & Paper Association statistics.

It was the 1.7% that worried industry contacts. Market analysts have pointed to as high as 2.6% to 3% growth in actual shipments for 2018. Dillon expected a much-improved US corrugated performance for October with 23 shipping days.

One industry contact said WestRock’s shut at its Panama City, FL, mill of 1,000 tons/day of kraft linerboard production per day “would be a huge deal” affecting supply. Hurricane Michael’s pummeling of Panama City reportedly caused damage to the mill’s recovery boiler and woodyard, reports claimed. WestRock said on Oct. 18 that kraft linerboard production would be curtailed for 30 days.

Along with the market dynamics, discussion continued this week about eight US containerboard projects planned for the next three years and if they could cause oversupply. Focus was mainly on Nine Dragons’ ND Paper announcing last week that it would convert a small coated printing and writing paper machine to containerboard next year.

Vertical Research’s Dillon said this week that he thought ND’s Biron containerboard will “end up in China … or as microflutes” on Starbucks coffee cups.

Nine Dragons ‘ripple’ concerns. Still, an industry contact in the Midwest summed up what various contacts felt, that the “ripple of Nine Dragons has people concerned.”

But Dillon claimed China will “buy every ton (of containerboard) they can get their hands on” because of a potential 2020 ban on recovered paper imports,

“I don’t know how China in 15 months can (ban recovered paper imports) without destroying its economy,” Dillon said.

Yet another industry contact added: “You don’t spend half a billion dollars (as ND Paper is doing on three acquisitions in five months in the USA) if you’re going to get (recovered paper) in another year or two from now.”

Dillon believes the government of China will ban recovered paper ‒ not in 2020 ‒ but later than 2020.