Trump’s trade war with China is intensifying — here’s what tariffs are, and how they could affect you 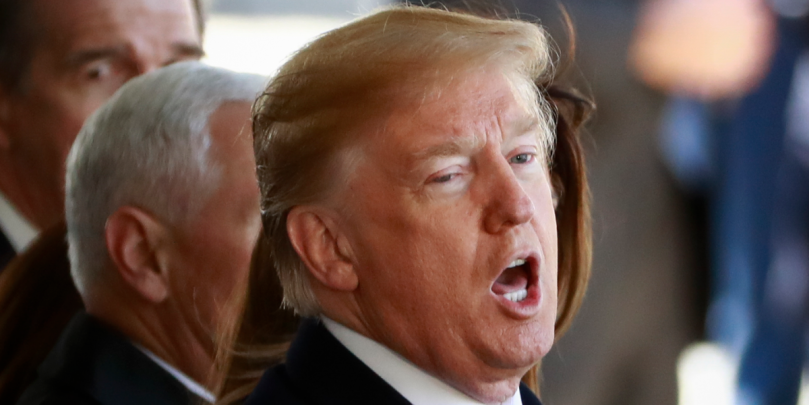 President Donald Trump’s tariffs on $16 billion worth of Chinese goods went into effect at midnight on Thursday, prompting a swift response from the Chinese.

The Trump administration said the tariffs are necessary to protect national security and the intellectual property of US businesses. Trump has also repeatedly expressed a desire to shrink the US’s trade deficit with China and protect American businesses from being undercut by Chinese producers.

The latest round of tariffs now brings the total amount of goods flowing between the two countries that are subject to duties up to $106 billion and further escalates the trade war between the US and China.

Despite negotiations taking place in Washington, DC, the US is also preparing tariffs on another $200 billion worth of Chinese goods. If those tariffs go through, more than 50% of all Chinese imports to the US would be subject to tariffs.

The Chinese show no signs of backing down from Trump’s threats, meaning the trade war is likely to drag on for some time.

What is a tariff?

Hans Mikkelsen, a Bank of America Merrill Lynch strategist, said the new taxes will shift the supply and demand for the various goods they are imposed on.

“International Trade 101 analyses the partial equilibrium effects of a tariff as driving a wedge between demand and supply curves, whereby the price goes up and the quantity down,” he said in a note to clients.

What does it mean for businesses?

For instance, Moog Music, the maker of the legendary Moog synthesizer, recently told customers that the tariffs on Chinese goods will dramatically increase the cost of producing their instruments. To handle this increase, Moog said, the company will either be forced to lay off workers or move its operations outside of the US.

Moog isn’t the only company struggling with the tariffs, US-based nail manufacturers, lawn-equipment producers, and TV makers are all being forced to lay off workers because of the increased costs.

What does it mean for the average American?

Erica York, an analyst at the right-leaning Tax Foundation, explained that increasing the cost of inputs would raise the prices paid by consumers and the income paid to those consumers wouldn’t stretch as far.

“Because these higher prices would reduce the return to labor and capital, they would incentivize Americans to work and invest less, leading to lower output,” York said.

An increase in the price of Chinese goods would have huge ripple effects. Twenty-three states count China as their top source of imports and 45 states have China in their top three. Given the reliance, the price increase would cause widespread pain for many consumers across the US.

In all, economists expect the current round of tariffs on China to result in a modest drag on US economic growth. Gregory Daco, head of US economics at Oxford Economics, said cascading effects on the US economy could be felt.

“Importantly, these simulated results may under-estimate the shocks to private sector confidence,” Daco said. “As we have seen in recent regional Fed surveys, ISM surveys and business confidence readings, US companies are increasingly concerned about the impact of tariffs on their supply chains and input costs.”

If businesses are worried about the long-term effects, they may delay investments and hiring plans. This creates a second-level drag on the US economy and could result in a more dramatic slowdown.