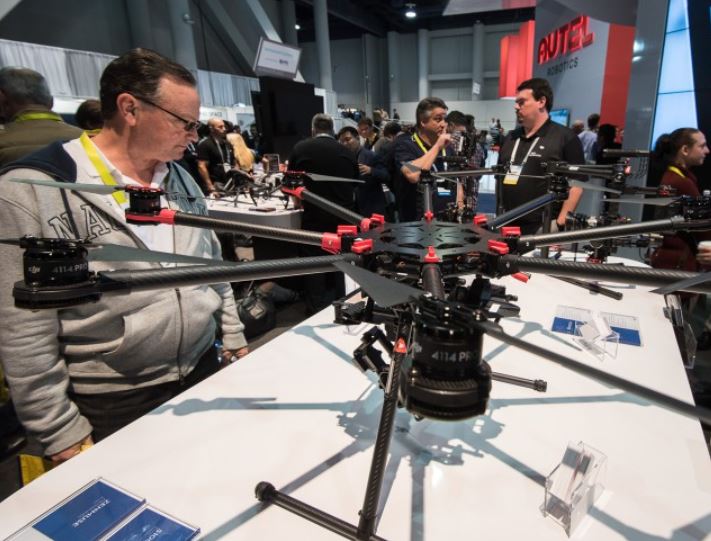 On the second day of Pack Expo, the drones stole the show. Specifically, Workhorse Group Inc. was showing off their electric vehicle and drone delivery technology. While operating indoors the company was not able to demonstrate the autonomous guidance system due to a lack of a GPS signal, the company has already had very successful field trials with UPS. Unlike the highly hyped solution by Amazon, Workhorse’s solution is currently meant only to get the boxes from a truck to the house and assist in speeding up deliveries in rural and suburban environments. As discussed later, if this technology takes hold, and we believe it will, it could mean drastic changes are afoot in the packaging industry.

GPK Talks Market Bifurcation – Though still looking to the future, Graphic Packaging’s concerns are much more in the present. Speaking with the company’s lead designer, Graphic sees a major bifurcation forming in the market, especially in the packaged food space. On one side, high-end packaged food producers continue to move further and further up the value chain, desperate to get out of the center of the store and towards the edge and are doing so by continuing to innovate their packaging and trying to grab the attention of high-end customers. On the other end, packaged food manufacturers focus on reducing costs as lower income consumers struggle to make ends meet. Going forward, we expect this market bifurcation to get even bigger, leaving any producer in the middle with fewer and fewer customers.

The Future Warehouse Will Be “Dark”, and the Future is Now – One theme that came back repeatedly was the dark warehouse, or a warehouse without any people where they can “shut off the lights”. At least two manufacturers, including Yale and JBT, were demonstrating driverless forklifts with technology that could map a warehouse in under two hours. Furthermore, manufacturers were very upfront with costs as at least one was quoting all in operating costs at less than $2.50 per hour. Combined with the theme of minimum wage rising everywhere (often above $15 an hour before equipment costs and benefits), warehouse owners were extremely interested in the technology.

It Isn’t Only the Warehouse That Is Automating – It is obvious is that manufacturers are very eager to replace people with capital, and not just in the warehouse. Relative to previous years, manufacturers weren’t just looking at automated packaging solutions, they were buying them. One manufacturer had sold all the machines it brought to the show by the middle of the second day and others were doing such brisk business that they had trouble talking to everybody. We believe that this reinforces manufacturers desire to “on-shore” production and bring manufacturing closer to the end consumer. We also believe that companies that do not follow the automating trend will be left at a cost disadvantage, further hastening the growing changes in the global economy.

It Isn’t Glass OR Cans, It Is Glass AND Cans – One argument that is often heard is that cans are taking share from glass. Talking with multiple packaging companies, including both WestRock and Graphic Packaging, the truth is far more complex. The trend towards kraft beers and away from large branded beers and high-sugar soda is undeniable, but the market is once again changing. According to packaging manufacturers, kraft brewers are warming up to selling more of their product in cans, especially when selling larger quantities. However, glass is still growing and heavily used in high-end and low-run applications. One thing that is obvious is that as more breweries and beers hit the market, they are looking for new and unique ways to stand out among the crowd and see unique packaging as a solution.

Smurfit Kappa Wants to Be Part of U.S. Growth – In a booth hidden in the back of the upper floor of the show, Smurfit Kappa was showing off some of its newer water-resistant boxes as well as its giant boxes meant for transporting resin and, surprisingly, meat products. While Smurfit Kappa’s products were not revolutionary, the company’s presence at the show was telling. Talking with people in the booth, it is obvious that the company wants to be a significant US player in the years to come. While the timing remains unknown, we continue to believe Smurfit Kappa will make a major transaction in the coming years, positioning itself as a truly global containerboard manufacturer.