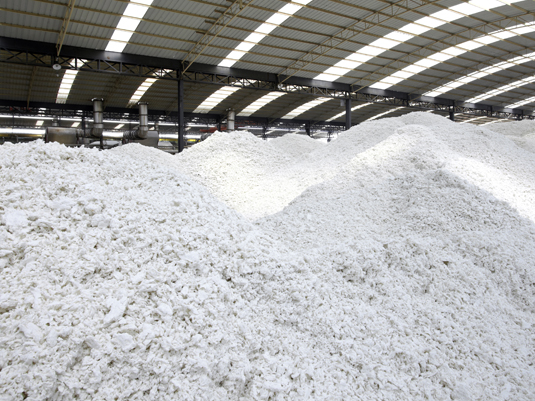 North American pulp industry producers hobbled into the New Year 2019 amid steep price declines in US spot markets, plummeting demand and prices in China, and the highest inventory level ever recorded on a tonnage basis. Now, after a relatively soft $5-15/tonne drop in US bleached softwood kraft (BSK) effective list prices, buyers are expected to pressure for bigger drops in January.

US northern bleached softwood kraft (NBSK) effective list prices closed December at $1,430/tonne, down $5/tonne after buyers and sellers reported broadly different price levels. However, spot NBSK prices fell a sharper $30/tonne month-over-month through mid-December, and anecdotal quotes over the holidays came in lower than the $870-910/tonne net recorded on Dec. 14.  This month, buyers who didn’t mount a fight on list prices in December said they’ll push for bigger drops for January.

“Depending on where discounts are, contract prices (are) more than $200 higher than China. As a buyer, I’ll be out there pushing for concessions from suppliers in January because (prices) are too high. It has to drop further,” said a North American buyer source, whose view was typical.

December NBSK effective list prices to China closed at $720-730, down $90 vs the prior month, according to P&PWpolling. As market participants in China began discussing January prices, more erosion was expected. No major producers officially announced new price levels, but a major producer of bleached radiata pine told some customers its price would be flat at $700-730 net CFR, according to Chinese contacts.

For bleached hardwood kraft (BHK), prices dipped across Asia and Europe during December, and sharper erosion in BSK is expected to bleed into BHK this month. Despite mostly flat prices at two of the world’s biggest producers in China, the effective list price for bleached eucalyptus kraft (BEK) slid $70 to $710, sources said.

US BHK prices closed the year mostly resilient, with small dips in domestic BHK spot markets a contrast to the nearly daily price drops in US BSK spot levels, sources said. Meantime, producers said demand was consistent despite the plummeting demand and prices in China.

“Demand is still consistent in December and prices are stable,” said a major global BEK producer source just prior to New Year’s Day. But across Asia, the source described a “strong slowdown in demand since the middle of November.”

Prices dropped by more than $100/tonne over the past two months, the source added.

Biggest-ever inventory. The recently reported inventory bulge for producers was expected to continue into December and beyond due to China’s slowdown in demand and producers’ likely full-throttle production rates in the Northern Hemisphere, where downtime is rare in winter due to cold temperatures.

“We’ve written extensively about the profound weakness in the global pulp market driven by the seeming evaporation of Chinese demand in the last two months, and this data confirms how weak global demand is. We expect the pulp data to continue to worsen in the months ahead,” said KeyBanc analyst Adam Josephson, in a research note to clients.